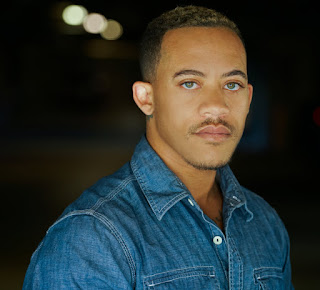 In 2015, Shane Ortega is a retired U.S. Army Sergeant, and is the first openly trans soldier in the U.S. Military. He served three combat tours and has been on over 400 combat missions. He has lobbied nationally against the ban on transgender military service, that was removed during the Obama administration but reinstated by President Trump. Shane works nationwide with noted LGBTQ activist organizations on trans equality. Shane has been featured in The Advocate, The Huffington Post and on CNN for his expertise and visibility in his field. Sergeant Shane Ortega will tell his story of bravery and trailblazing for trans military inclusion.

ASL interpretation provided.
Presented by Veterans’ Services, ASPB, and the LGBTRC.
This event is supported by the Highlander Empowerment Referendum.
Posted by BlaqOUT_UCR at 6:40 PM